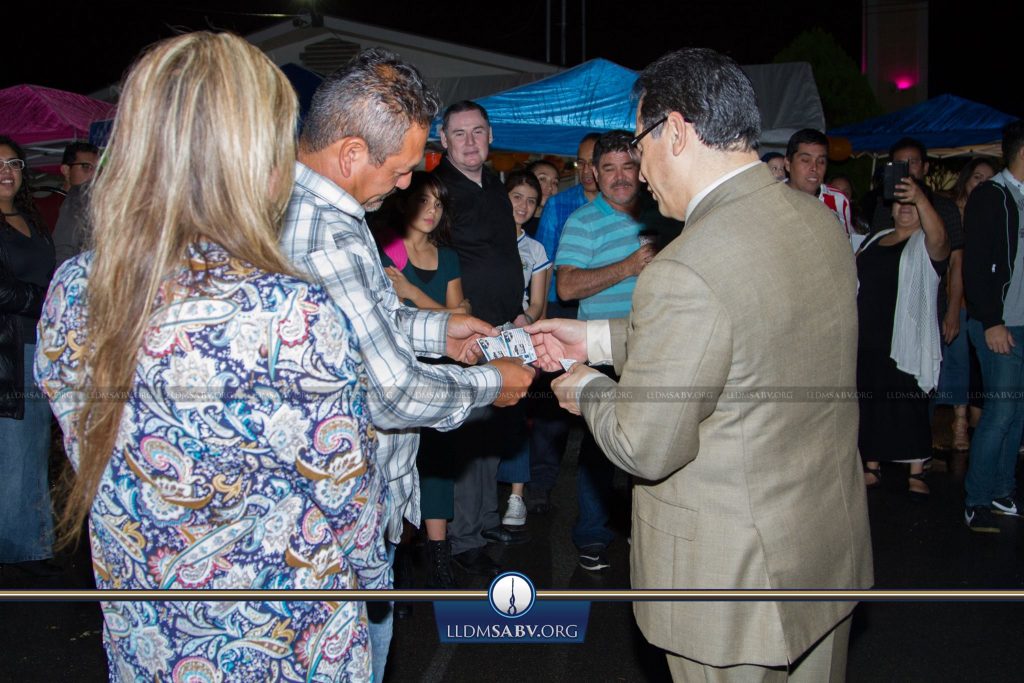 SAN ANTONIO – Hundreds of church members and visitors reunite to bear witness during the November 2017 Raffle Drawing and Festival on Sunday, November 12, 2017, at 4:00 pm at The Light of the World temple located at 2318 Buena Vista St. Eleven prize winners are named. First and second prizes have one winner. First prize is a 2016 Toyota Tundra. Second prize is a 60 Inch Smart TV. Third, fourth, and fifth prizes have three winners. Third prize is a Surface Pro 5. Fourth prize is an iPhone 8 Plus. Fifth prize is an iPad Mini. The Light of the World, San Antonio – Buena Vista, would like to congratulate the prize winners listed below!